This page contains some photos of wild parrots with suspected Psittacine Beak and Feather Disease.

Psittacine Beak and Feather Disease (PBFD) is a virus that affects parrots. It is highly contagious, can not be cured, and can be easily spread throughout parrots in a flock and in nesting hollows.

Artificial feeding of parrots encourages the spread of PBFD by bringing large numbers of birds into close proximity, while impacting their health and immune system through the consumption of unhealthy, unnatural and inappropriate foods. This is one of many reasons why wild birds should not be fed by humans. Instead, people should plant native trees and shrubs and encourage wild birds into the garden naturally.

In Australia, PBFD is listed as a key threatening process which increases the risk of extinction of native parrot species. It was the pioneering work of the late Dr Ross Perry that brought attention to this horrendous disease when in his early veterinary years he was concerned with the appearance of some Sulphur-crested Cockatoos in Sydney. Dr Perry termed the disease Psittacine Beak and Feather Disease. Today, PBFD is still prevelant amonst Sydney’s Sulphur-crested Cockatoo populations, as well as around the country and in other species of parrots.

Parrots carrying the PBFD virus often don’t show any signs. But once the bird starts to succumb to the disease, abnormalities in the feathers and beak begin to develop. PBFD signs can look different between different parrot families. Cockatoos stop producing powder down, the feathers can become dirty and dishevelled, their beak and feet turn black or shiny (appearance depends on species), they start losing their crest feathers and body feathers, and the beak grows long, brittle and deformed which makes it difficult and eventually impossible to eat. The disease causes different progression of symptoms in different individuals; some will have an overgrown beak but still have all their feathers, while other birds might show a loss of feathers but a normal looking beak until the disease progresses further.

Some retain the wings despite having no body feathers, but once the disease reaches advanced stages the bird is unable to fly. Besides the very few able to be rescued by people, death by PBFD is slow and ultimately unpleasant. Little is still known about exactly how the disease impacts on individual birds, but it appears that some, once they begin showing signs, are able to continue living relatively normal lives for long periods of time until some point where the immune system can no longer stave off an advancement of the virus and its symptoms.

Naturally, an infected bird shedding the disease who then breeds is exposing their offspring and the nesting hollow to the virus; after which other parrots may visit or use the nest hollow and so the spread of PBFD continues throughout populations.

Lorikeet chicks are very often infected with the virus, and once fledged from the hollow can be found unable to fly on the ground and noticeably lacking tail feathers.

With the abundance of introduced ground predators in Australia, any parrot that ends up weak on the ground with no flight ability stands no chance against cats, dogs and foxes.

If a bird with signs of PBFD is found and able to be captured, you must call your local wildlife rescue group, or take the bird to a vet. 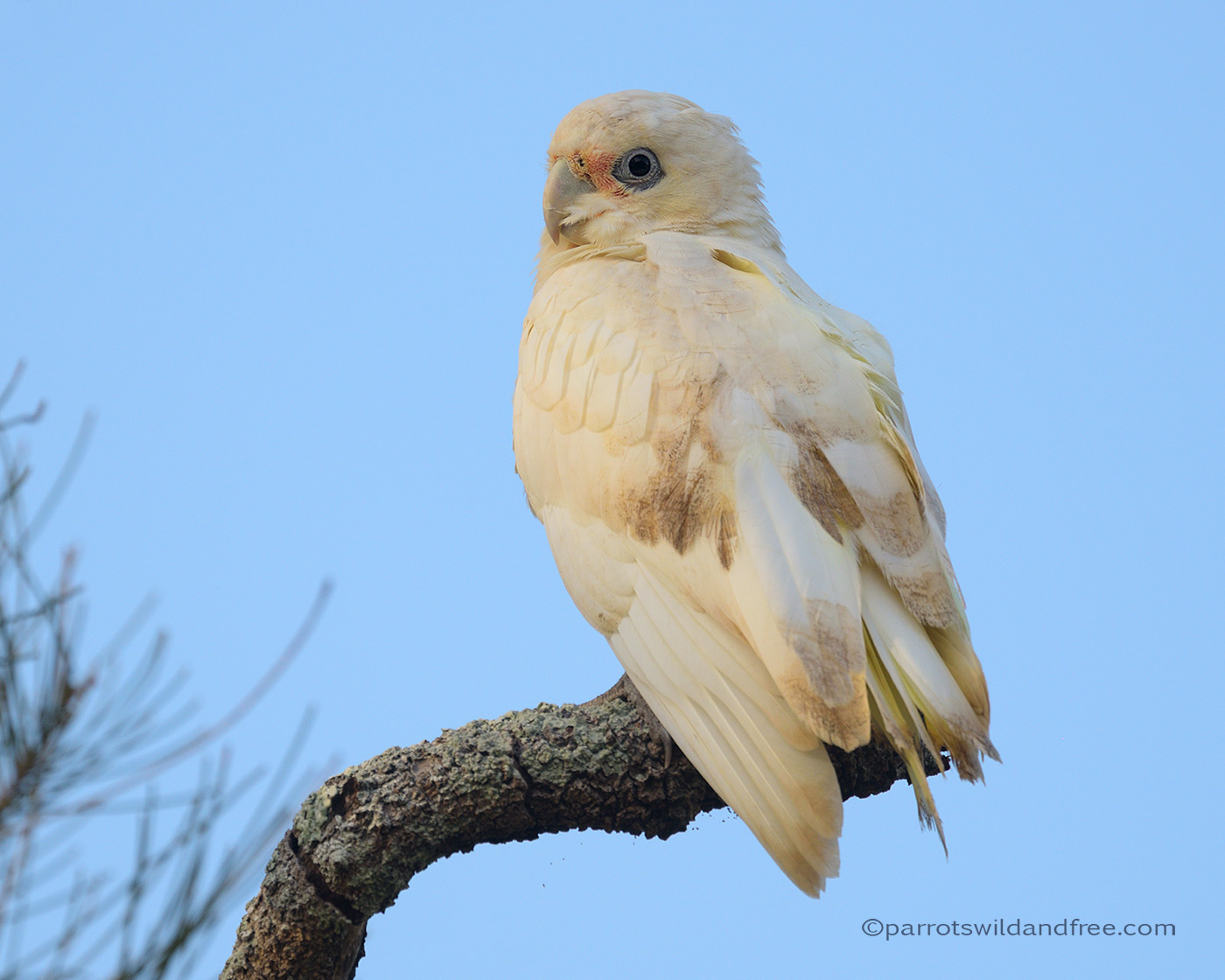